Deprecated: Array and string offset access syntax with curly braces is deprecated in /homepages/41/d441312886/htdocs/classes/Core/Utility/String.php on line 122

Deprecated: Array and string offset access syntax with curly braces is deprecated in /homepages/41/d441312886/htdocs/classes/Core/Utility/String.php on line 126

Deprecated: Array and string offset access syntax with curly braces is deprecated in /homepages/41/d441312886/htdocs/classes/Core/Utility/String.php on line 129

Deprecated: Array and string offset access syntax with curly braces is deprecated in /homepages/41/d441312886/htdocs/classes/Core/Utility/String.php on line 132

Deprecated: Array and string offset access syntax with curly braces is deprecated in /homepages/41/d441312886/htdocs/classes/Core/Utility/String.php on line 136 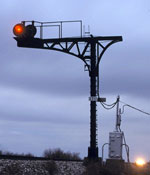 If you have need of pre-owned signal equipment such as motion sensors, grade crossing predictors, track drivers or specific modules, please email us or give us a call. We might have just what you're looking for. 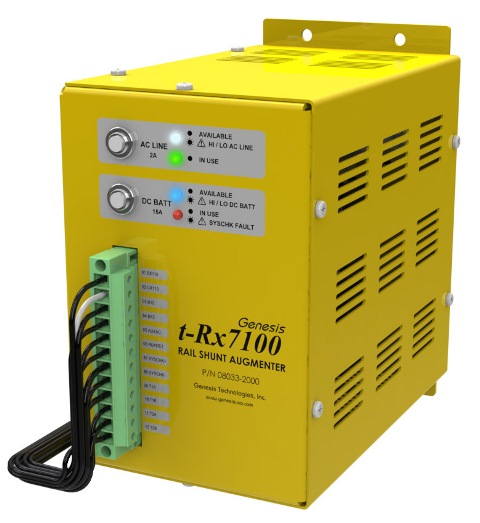 unt Enhancer helps to electrically "bite through" rust and contaminants that prevent reliable wheel/rail shunting required for railroad signal warning systems. When the t-Rx7100 is used in conjunction with a motion sensor or grade-crossing predictor that offers "rusty-rail shunting software or firmware," both inbound and outbound rail shunting problems can be virtually eliminated. more... 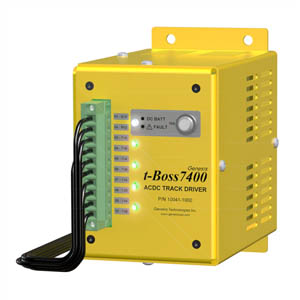 Each 30-day signal inspection requires that every flashing lamp unit be visually inspected for proper operation and visibility. This inspection may take several minutes as it requires the maintainer to move across the tracks to view flashing lamps facing the opposite direction. Of course during this time the gates are lowered and highway traffic is stopped.

To avoid delaying highway traffic during testing, the SOS-5 Signal Override System allows the signal maintainer to first activate the flashers and lower the gates by placing the selector switch to the TEST ALL position. Once verification of proper gate operation has been made, the maintainer can then move the selector switch to the TEST WITH GATES UP position which will leave the flashers on but raise the gates.  more...

WHAT IS THE OS-BOSS DCX2?
'OS' stands for "over switch," or more precisely, "train-over-switch." The word section often follows 'OS' to make reference to an 'OS-section.'

An OS-section is trackage that includes a track switch plus limited additional track beyond the fouling point and before the switchpoints.

Track switches in railroad switchyards, control points and other locations, may be "thrown" remotely by operating personnel or a computer. To avoid causing a derailment,a switch must never be thrown if the OS-section is, or soon will be, occupied by a locomotive or railcar. An OS-section is usually configured as a short track circuit capable of detecting if it is occupied. If occupied, changing the switch position is prevented or delayed until the OS-section is unoccupied.  more...

interrupt and energize the coil of plug-in relays used to flash the signals for railroad/roadway grade crossings (t-Fx45) or for flashing indications of railroad wayside signals (t-Fx60). The t-Fx45 flashes at 45 flashes per minute whereas the t-Fx60 flashes at 60 flashes per minute. Even when operating at very low voltages, the t-Fx Solid-State Flasher continues to operate at its designed flash rate and duty cycle.

Also available are "strobed" versions of the t-Fx flashers, the t-Fx45s and the t-Fx60s. Both strobed flashers provide a series of four very short and quick pulses at 45 or 60 times per minute and are best suited for driving LED lamp indicators.   more... 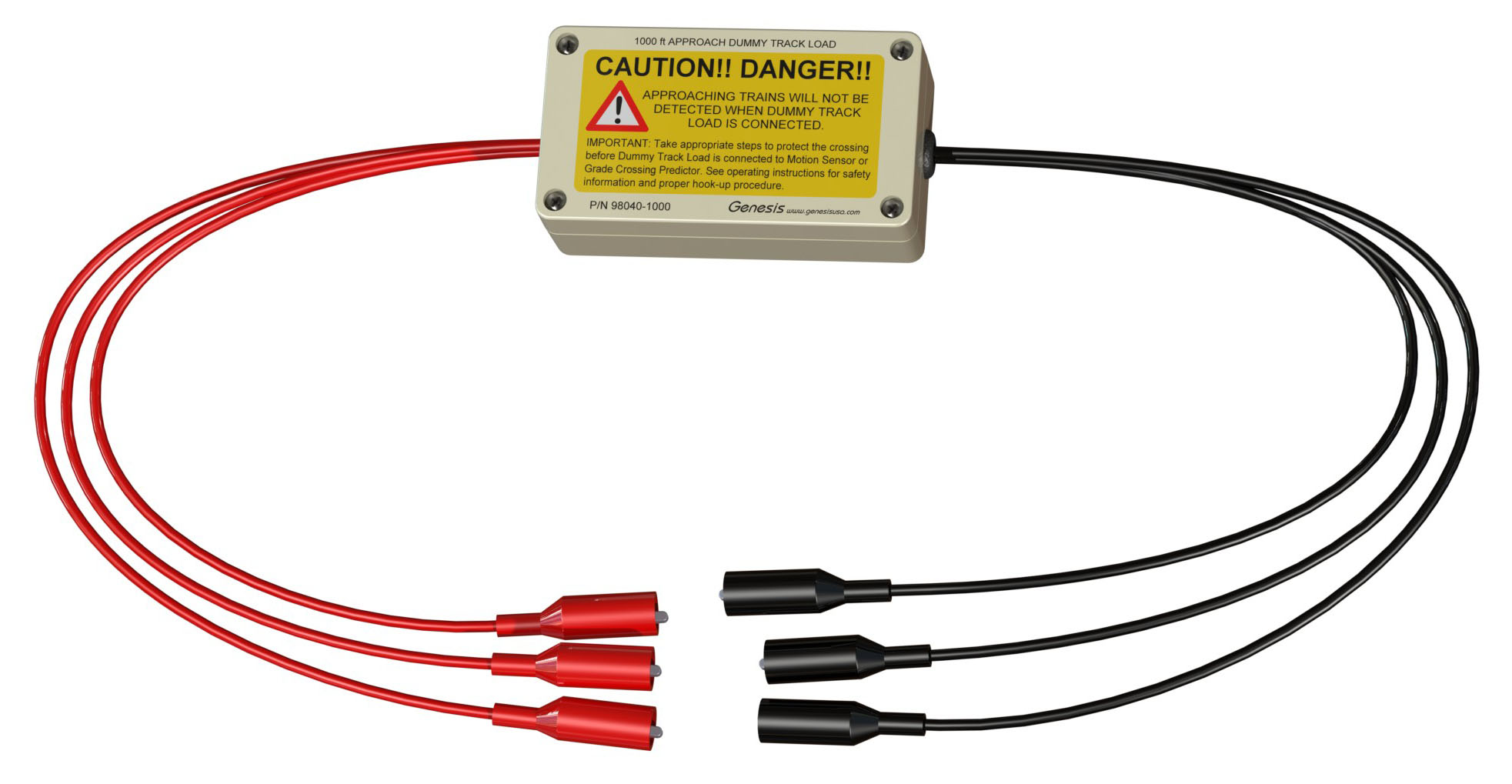 If you're a signal maintainer and you've ever had trouble trying to determine if a false activation problem is in the track or with the motion sensor or grade crossing predictor, you've had a need for a simulated track load, or as some call it, a "dummy" track load.
The Genesis Simulated Track Load enables you to determine without question if the problem is with the track or with the MS or GCP. How? Well, the Dummy Track Load is a “known” good track circuit that is substituted for the “real” track circuit that is in question.

How does it work? The rails and the shunts, whether hard-wired or narrow-band,  continued...

Genesis products are in stock and can ship today!

The os-Boss dcx2 has two 2.2VDC outputs capable of outputing 2.5 A each. Each output also has a built-in track circuit limit resistor that is user adjustable, which eliminates the cost of the resistor and its wiring, and eliminates the energy wasted as heat by a conventional resistor.

It also improves crossing safety for both the railroad and motor vehicle traffic by providing "Island Only" operation that enables signals and gates to function when the island is occupied.